A geologist is a person that studies rocks.

The experiment that I did was that I excavated chocolate chips from a cookie.

My prediction was that I would find 7 chips on the top of my cookie and 4 on the bottom.

Book review of Tales of a Fourth Grade Nothing.

In the beginning of Chapter 1 starts with Peter winning a turtle at Jimmie Farco’s birthday party. Peter names the turtle Dribble. He surprises his mom with the turtle. She does not like turtles because of their smell. Peter is nine and in fourth grade. He lives in New York City. We learn Peter has a problem with his younger brother Fudge.

In Chapter 2  Peter finds out that the president of the Juicy-O company are coming to New York. Peter’s dad invited them to stay in their apartment. Peter discovers that Fudge is going to have his sleep in his room. Peter’s mom is missing flowers they don’t know where the flowers are. They found out that Fudge ate the flowers. Peter also tastes a rose petal. He tried to chew it up but he could not, it tasted awful. He spit it out into the trash can. Mr and Mrs Yarby arrived and then fudge and Peter each get a present. Fudge ruins the dinner party by scaring mrs yarby twice.  Mr and Mrs Yarby leave and Peters dad’s loses the Juicy-O account with Mr and Mrs Yarby.

Then in Chapter 3 Fudge stops eating. To make Fudge eat, Peter’s mom made Peter stand on his head so Fudge would laugh and his mom stuffed potato in his mouth. Then Peter says he won’t stand on his head anymore. Fudge acts like a dog and so his mom feeds him under the table. Fudge keeps refusing to eat, when he doesn’t eat his cereal his Dad says “eat it or wear it”. Peter’s dad takes Fudge to the washroom and dumps it on his head. After that Fudge started to eat, and his favourite expression was eat it or wear it.

And in Chapter 4 they go to the park and find Sheila on their favorite rock. Sheila is left watching1 Fudge while Peter’s mom goes home. Fudge pretends he is a bird and jumps off the jungle gym and then he gets hurt. Peter’s mom blames Peter and gets mad at him. Then Peter goes to his room mad and plays with his turtle. In the morning Peter’s mom apologizes.

I would give it 5 stars because it is crazy. Funny and weird things happen all the time. It sounds a bit like my life story with my sister. Maybe she is not as bad as Fudge.

I would recommend because it is a good book for people that like funny stories.

◊peters mom-a person that is always

my opinion of the story is that it is a good story because it has a lot of funny and weird things happening on every page.

I think this is book is best suited for 7-11 year olds because the story links to those age groups.

I think that Fudge will dump Peter food on Peter’s head.

my project is a drelavator.

(a drelavator is a drawbridge and a elevator put together.)

The elevator will go up.

I will use one pulley that connects to the lift. my pulley will be made from a pencil because a pencil is strong and sturdy.

my hypothesis was correct because I used one pulley and it worked. but I made some changes. my changes were that I made a drawbridge and an elevator.

A gigantic house lies under the water. It is as blue as the water and its floor camouflages into the sand. It is deserted except for one lone fish. The fish is special because it has a crystal inside of it that has the power to bring back people who died in water. The crystal has all the colours in the world within it which makes it magical. The lake is deep in the Great Bear Forest in B.C Canada. The Great Bear Forest is thick with trees and makes it very hard to find the lake.

Then a hero comes along, the hero is Poseidon the Ancient Greek water god. He has the power to breathe underwater. The twins meet him in the middle of the forest. He says “what are you doing in my forest? You must work in my forges”. So they work in the forges and impress Poseidon with their hard work. they make swords and shields. Poseidon decides to grant them a wish as payment for their work. They ask for help finding the crystal fish.

Poseidon’s plan is to find the crystal fish with them. So they start out again. They search every lake in the forest except one tiny lake that is the size of a truck. suddenly a lake appears in front of them. they all trip and fall into the lake. They all begin to panic as they cannot breathe!  Poseidon notices this and creates a bubble of air and they can now breathe.

And the solution is found!  It was dark. They are swimming in the water bubble but they can’t see. Slowly their eyes adjust to the dark waters, and they see something ahead. They swim rapidly toward it. They see an underwater cottage. They run their hands on the wall looking for an entrance. Suddenly, the floor beneath caves in, it was a secret entrance to the cottage!

I am totally Exploring Science and Technology in the Mayan times compared to now. I think there are lots of similarities

The Mayan civilization used and created many pieces of technology including calendars, chocolate, numbers,  and letters.

The first one I will share with you is a drink that is related to hot cocoa. The cocoa beans inside were so valuable they even were used as currency. This is different to today because. It was not hot and it had chilli peppers.

In this blog, I am giving information about greek mythology. My favourite greek god is Poseidon because he is the god of the sea and he has a cool trident. Poseidon has the ability to breathe under the water without oxygen tanks that could be handy. Different gods include Zeus,Hades,Apollo,Athena,Hestia,and Artemis. Greek mythology is fun to learn. You will learn more about the twelve Olympians.

Greek Mythology is the gods, goddesses, heroes, and rituals of Ancient Greeks. The most popular Greek Mythology figures include Greek Gods like Zeus, Poseidon, and Hades, Greek Goddesses like Aphrodite, Athena, and Titans like Kronos and atlas. My favourite greek god is Poseidon.

Another myth of Poseidon is, of course, him making earthquakes, floods, and tidal waves. It is said he did this by striking the ground of Mount Olympus with his trident. This would cause the earth to shake and the huge waves cause floods. Poseidon’s trident was also used to shatter many objects. He would shatter things when he would get angry or upset.

Poseidon was the god of seas, so sailors relied on him. The sailors and sea-goers relied on Poseidon for a safe and smooth voyage. If Poseidon got angry or upset he could make huge tidal waves. These waves then could cause shipwrecks and deaths. Many sailors drowned their horses to honour Poseidon. This was a huge deal because horses were prized possessions. They thought if they did this Poseidon would give them a nice and safe voyage.

Thank you for listening. I hope you learned some new things about greek mythology. 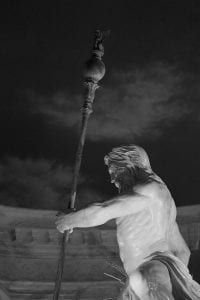 p.s.there is so much more to learn

Light bounces off of objects or absorbs in the objects. light does very interesting things. The definition of light is a source of illumination, whether a natural one ( the sun) or an artificial one (like a lamp). Like light itself, the word can take a lot of different forms — it can be a noun, an adjective, or a verb, and it can mean bright or not heavy.  This is just a tiny bit of what you can learn about light.

Thank you for taking the time to read this blog. I hope you learned a lot of stuff, for some random reason I think you did.